Ammonites are perhaps the most widely known fossil, possessing the typically ribbed spiral-form shell. These creatures lived in the seas between 240 – 65 million years ago, when they became extinct along with the dinosaurs. The flat, spiral shells of Ammonites are commonly found near the cliffs of Helwell Bay. These are often white because of the Calcite that now shows the shell or are imprints that are the same colour as the rock. The Ammonites used their shell’s chambers to control their depth in a similar way to Submarines today.

Psiloceras Ammonites fossils that can be found in Watchet are very important as they are Britain’s oldest ammonites. To distinguish them from their younger ancestors, look for a very flat shell without the ‘ribs’ commonly found on other ammonites

Gryphaea (Devil’s toenail)­­­ This ancient bivalve is very deep compared to its width with many ridges along its strongly curved underside that formed with each separate layer of shell building. The creature itself sat in the mud with the majority of its shell in the sand to prevent sinking

Protocardia These bivalves are again small but are much older than Calcirhynchia and have no ribs. Protocardia instead have a smooth, non-symmetric shell. They often occur in groups and can be found in mudstones and shales close to the steps at Helwell bay.

Jurassic Bivalves Other Jurassic Bivalves vary a lot in appearance. Some have ribs, others show prominent growth ridges, whilst some have smooth shells such as Protocardia. The often defining characteristic of almost all species of Bivalves is a lack of symmetry when viewed from above. The shells evolved to be non-symmetric to give the creatures direction when burrowing in the sand.

Crinoids These animals looked more like plants when alive but could move across the sea bed and are closely related to starfish. Their stems and arms were made of many hollow rings called ossicles and these can be seen in segments of multiple rings ‘stacked up’ or individually on Helwell Bay. If you find a star-shaped fossil in the beach shelves, this is the point at which the Crinoid’s stem divided into its five arms.

Cenoceras Similar to ammonites, this fossil shows a coiled shell however it does not have the ‘ribs’ seen on ammonites and coils around much more tightly than ammonites. Cenoceras was a type of Nautilus, a family of mollusks closely related to but distinct from the Ammonoids. 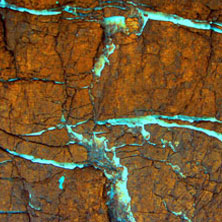 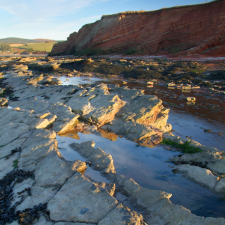 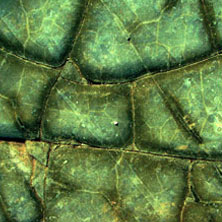 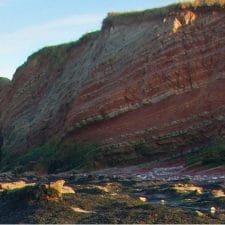