Fossil Beach, Helwell Bay, is a great place to find fossils and see the story of Watchet’s geology.

From Harbour Road, take the footpath from the railway crossing along the quayside and up the steps to Splash Point. Follow the coast path to Helwell Bay car park. From the car park cross the field and walk down the flight of concrete steps to the beach.

The concrete steps down to the beach marks a major fault line, called the Watchet Fault. The red and green striped rocks on your left are Mercia Mudstones, dating from a time when the landmass was part of an ancient desert near the hot equator, similar to the Sahara today; on your right are grey mudstones belonging to the Helwell Marls. These marls are the youngest Jurassic rocks exposed on the Somerset coast and date from around 200 million years ago, when sea levels rose and Watchet was submerged in shallow seas. Here you will find some of the earliest ammonite fossils recorded in Britain. An ancient earthquake at this faultline pulled grey shale and mudstone down around 200m to the older red mudstone. This can be seen most clearly by looking back at the steps as you walk along the beach. 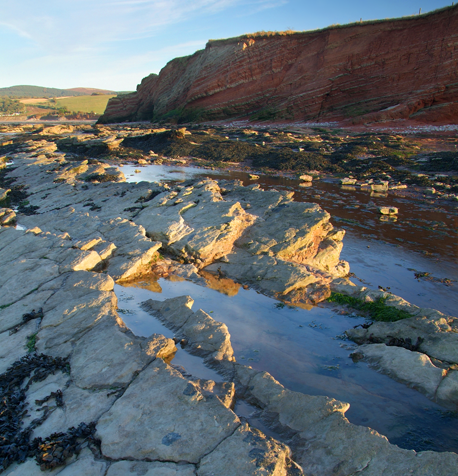 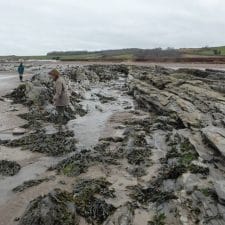 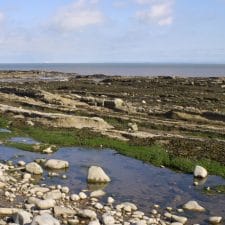 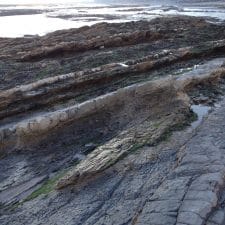 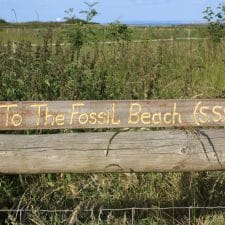