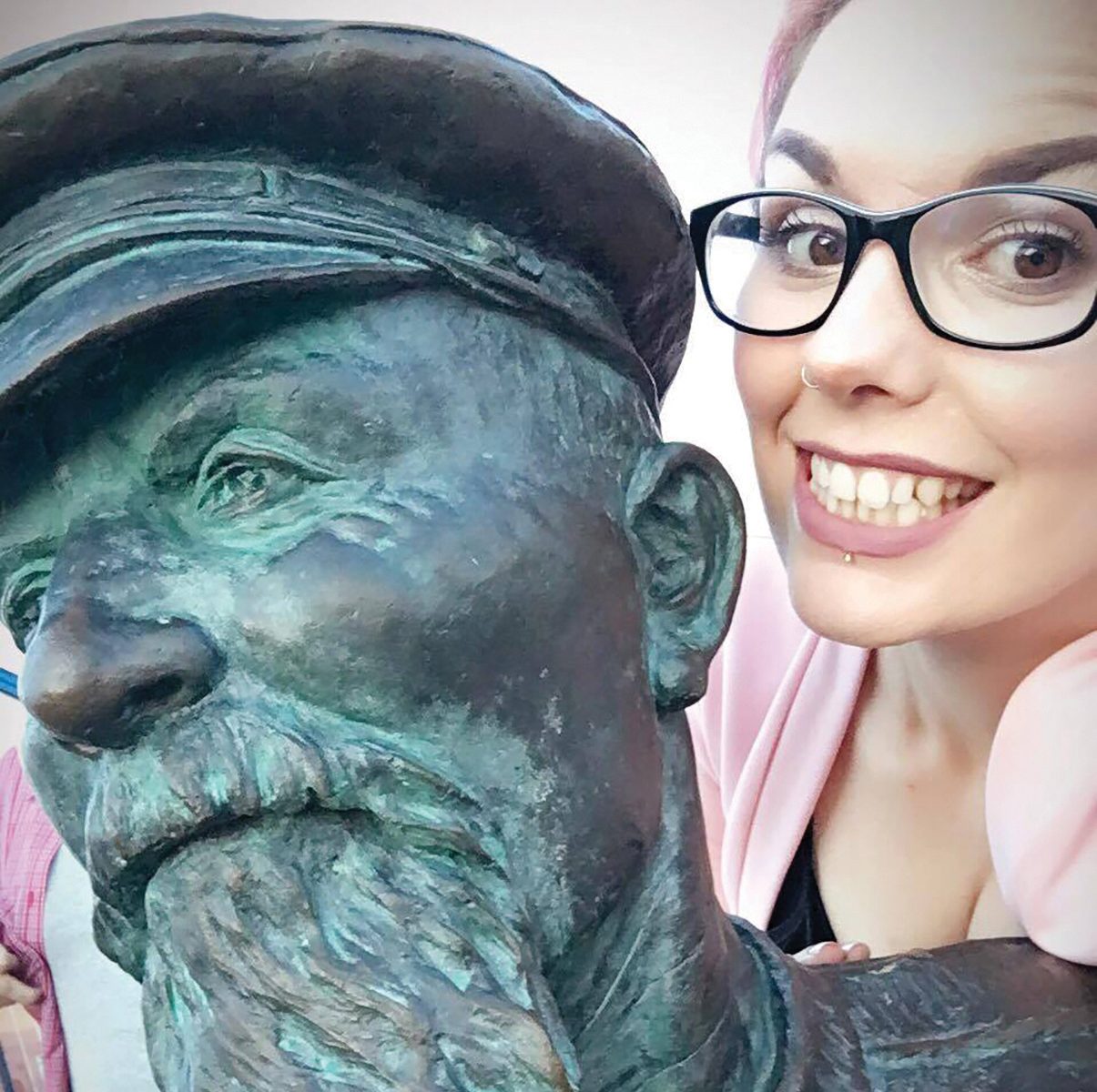 One of the things I love most about Watchet, and working in Visitor Centre is the wealth of rip roaring good yarns of Watchet’s past that people come and tell me.  In the best tradition of a good story, we have all the ingredients needed; heroism and dark deeds, tales of courage and events of mythical proportions, pirates, murder, resurrection, Kings, Queens, poets who changed the world, vikings and a famous singing sailor. How did such a small town collect such an array of brilliant, shocking and dramatic tales?

Here are a few of my favourites…

Did you know King Canute (he of holding back the waves) had a Royal Mint in Watchet?  The Vikings held raids on Watchet for the best part of 100 years between 918 and 977 and the Saxon mint was possibly situated where the remains of Dawes castle is now. In 1066 after the Battle of Hastings and an ill-fated arrow in the eye, King Harold’s mother Eleanor fled to Watchet in order to take a boat and escape to the island of Flat Holm (the one with the lighthouse on it next to Steep Holm).

1170 was the year of murder most horrid, when 2 of our local Knights were involved in the murder of St. Thomas Becket, the then Archbishop of Canterbury. The knights apparently felt duty bound after hearing Henry II utter the famous words “Will no one rid me of this turbulent priest?” (Unfortunately for the knights it turned out to be a rhetorical question).  In order to atone for their sins their families’ did penances, including building St. Decuman’s Church and gave land to the Order of the Knights Templar, apparently land on which Knights Templar First School now sits.

In the 17th Century brave Watchet Sailor George Eskott tricked and captured a notorious and bloodthirsty pirate gang, led by the wicked Thomas Salkeld in their stronghold on Lundy Island, apparently George fought the pirates with only a shovel, but managed to break Thomas Salkeld’s arm and win! (seriously, you can’t make this stuff up!)

On a visit to Watchet some 352 years ago Queen Catherine of Braganza, the Portuguese wife of King Charles II, was so delighted by the colour of cloth once produced here, that she distributed spiced cider and hot cakes to the people of the town to show her pleasure. Locals have commemorated this unusual royal bonanza over the years and celebrate Queen Caturn’s Day on the last Saturday in November

Romantic poet Samuel Taylor Coleridge and his bestest mate William Wordsworth are said to have penned ‘The Rime of The Ancient Mariner’ over a pint in the Bell Inn. The poetry they wrote during this time is credited with starting the English Literary Romantic Movement.

St. Decuman, who the local church is named after he apparently sailed over to Watchet from Wales in a handmade raft with his trusty cow, landed only to have his head cut off by a zealous local.  Nonplussed our practical and ever calm saint washed his head in the sacred well, put it back on and managed to win the admiration of the suspicious locals.

Watchet’s patron saint is not the only story of resurrection. Lady Wyndham rose again after a Sexton attempted to cut off her finger to get to her gold rings as she lay dead in the church. She woke from her torpor, frightened off the Sexton, walked home and had problems convincing her family she wasn’t a ghost!

Yankee Jack is another Watchet hero, who sailed the seven seas and joined a Yankee ship in the American Civil War. He sung sea shanties with a famously melodious voice, and brought the songs home to Watchet, his songs were collected by Cecil Sharp who was the founding father of the folklore revival in the 20th Century. Yankee Jack’s statue on the Esplanade is the subject of many visiting ‘selfies’ sat on his knee and maybe the reasons for his Mona Lisa – style smile…

There are many more stories where they came from, most of which can be found in the excellent Watchet Museum. Local stories are so important, they are entertainment, memory and identity all rolled into one, and they deserve to be told as often as possible.

– Louise, Manager of the Visitor Centre